Judith Hermann's novel HOME received enormously good press in Norway and Denmark after it came out. Now it was published last week ...
Weiterlesen → 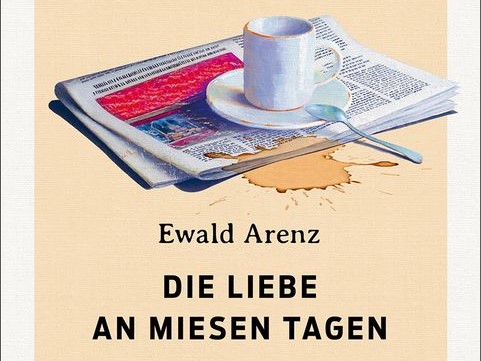 #1 on the German bestseller list: LOVE ON BAD DAYS by Ewald Arenz

Ewald Arenz’ new novel LOVE ON BAD DAYS (Dumont) came out a week ago, started #8 on the bestseller list and moved ...
Weiterlesen → 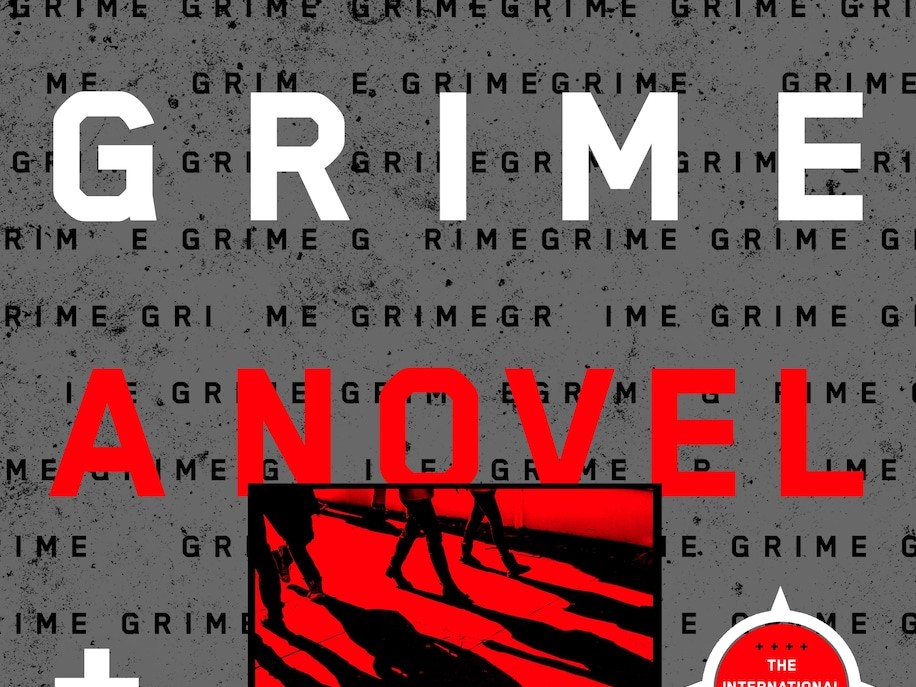 With English publication of Sibylle Berg's smash hit GRM (Grime in the US) on Dec 27, the Washington Post published a fantastic ...
Weiterlesen → 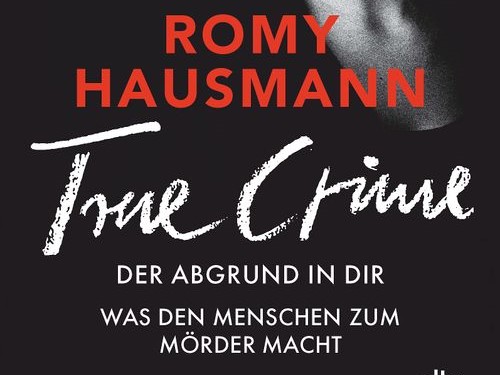 Sold to Denmark and Norway: THE BECOMING OF KILLERS

Thriller star Romy Hausmann re-invents herself with this true crime project and takes her fans to a whole new level of talking/thinking/living ...
Weiterlesen → 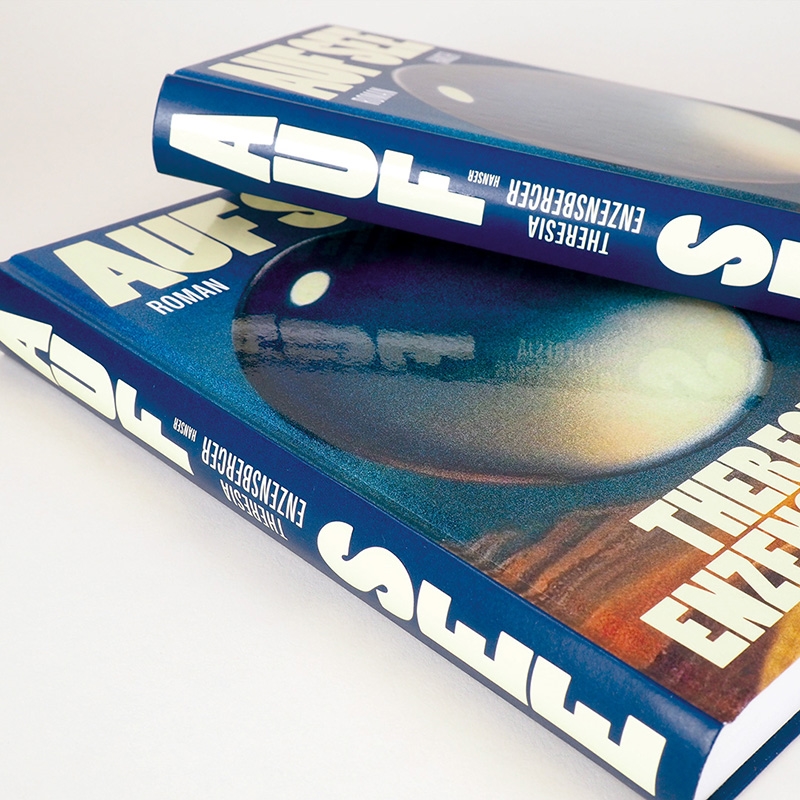 Sold to Denmark: AT SEA by Theresia Enzensberger

The fabulous Danish press Forlaget etcetera has just acquired rights to Theresia Enzensberger's second novel AT SEA which was nominated for the ...
Weiterlesen → 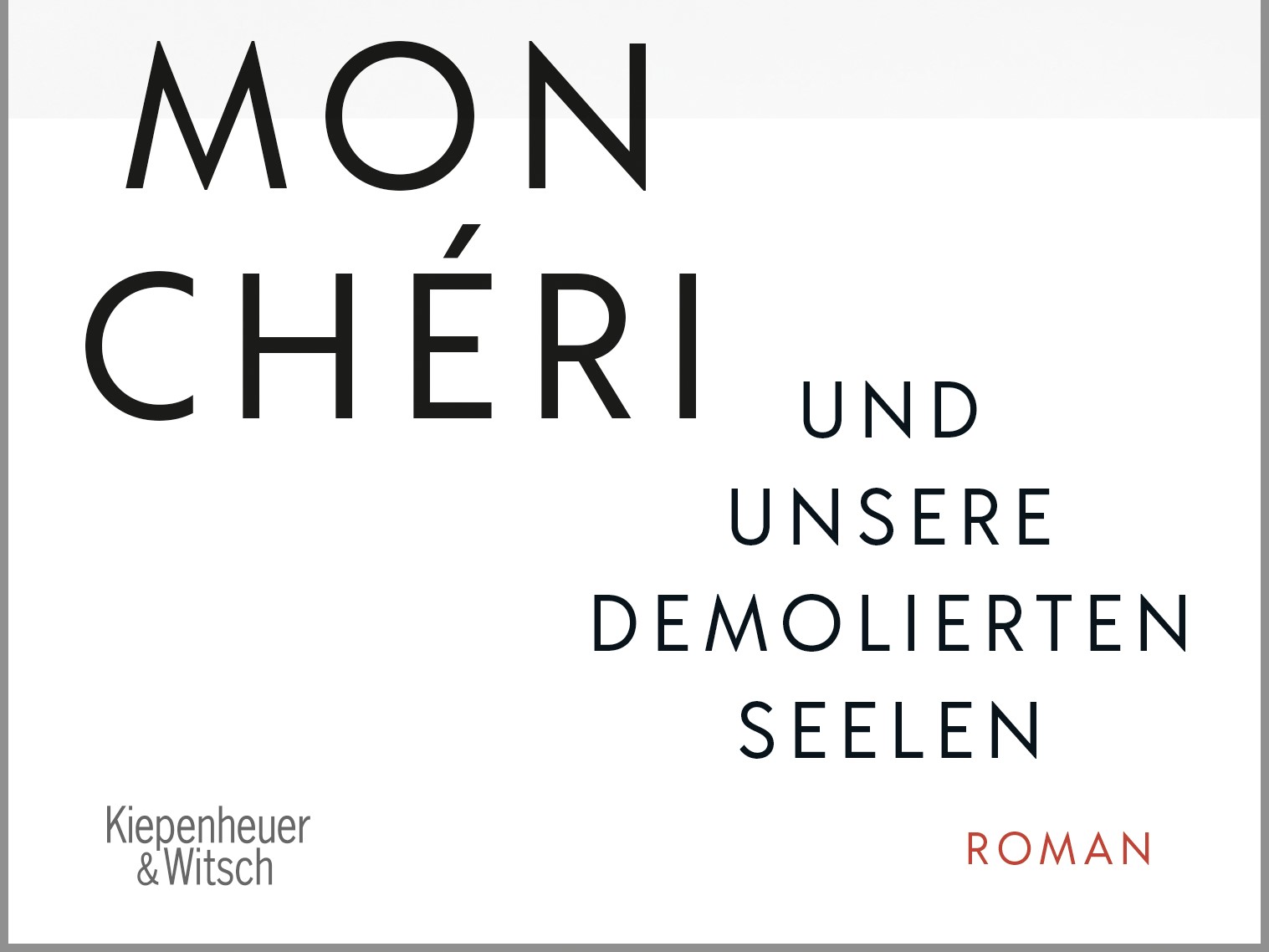 The Austrian Book Award 2022 goes to Verena Rossbacher and her novel MON CHÉRIE OR OUR BATTERED SOULS (Kiepenheuer & Witsch) - ...
Weiterlesen → 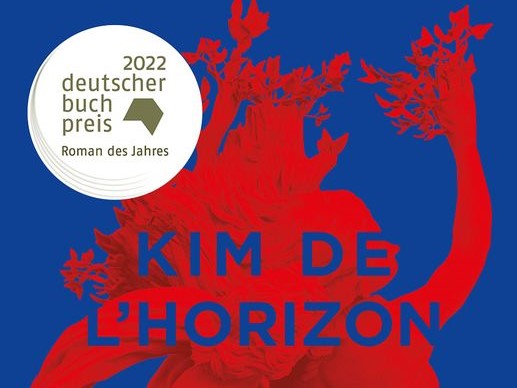 What a run! After receiving the Jürgen Ponto Foundation Literature Prize as well as the German Book Award 2022, Kim de l'Horizon ...
Weiterlesen → 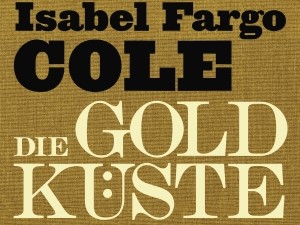 Isabel Fargo Cole's THE GOLD COAST was published two weeks ago and sold out on the spot. Mixing nature writing, narrative non-fiction ...
Weiterlesen → 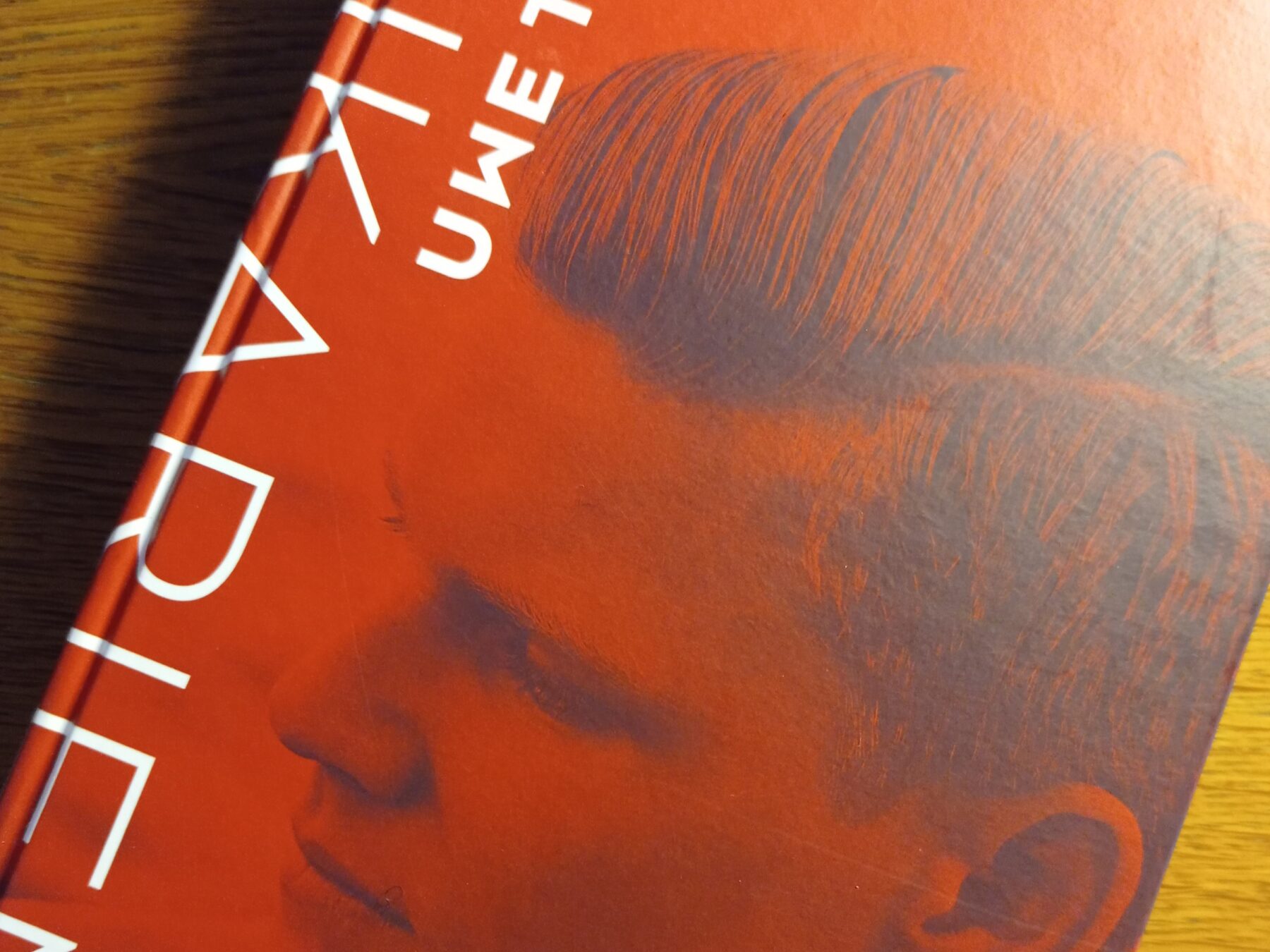 I read the text in 2017 and there are scenes that have stayed with me ever since. With the words of El ...
Weiterlesen →

Verlag C.H.Beck in Munich is one of Germany’s best known publishing houses with approximately 6,000 titles in print. It has a strong base in academic works, however,  its fiction list has grown steadily and is respected for the importance its editors place on the literary and artistic merits of its titles. Along with non-fiction authors such as Yuval Harari and Timothy Snyder, Beck publishes the fiction of authors such as Adolf Muschg, Ulrich Woelk, Marjana Gaponenko, Zora del Buono, Sabine Gruber, Jochen Schmidt and Jonas Lüscher. While you will also find classics on its list such as Joseph Roth’s travelogues.

Carl Hanser Verlag  was established in 1928 in Munich, and its founder’s interests in both literature and science have been maintained to the present day. The firm publishes fiction and non-fiction for both adults and children. Its authors include Italo Calvino, Umberto Eco, Lars Gustafsson, Milan Kundera, Philip Roth, Peter Høeg, Colson Whitehead, Alfred Brendel, and ten Nobel prizewinners, among them Herta Müller and Elias Canetti, whose works have been translated into more than thirty different languages. You will find many established contemporary authors on Hanser’s fiction list such as Arno Geiger, Anja Kampmann, Karen Köhler and Michael Köhlmeier. On the Hanser Berlin list you will find authors such as Helene Hegemann, Jan Wagner and Robert Seethaler.

Zsolnay & Deuticke was created in 1923 by Paul Zsolnay in Vienna and today includes the Deuticke Verlag as an imprint. Both are part of Carl Hanser Verlag. Zsolnay was the most successful publishing company during the interregnum period, publishing authors such as John Galsworthy, H. G. Wells, Pearl S. Buck, A. J. Cronin, Franz Werfel, Felix Salten, Ernst Lothar, Friedrich Torberg, Leo Perutz, and Heinrich Mann. Today the lists also include remarkable contemporary authors, such as Mircea Cartarescu, Franzobel, Paulus Hochgatterer, and Irene Diwiak as well as bestselling authors Daniel Glattauer and Alex Capus to name only a few.

S. Fischer Verlag was founded by Samuel Fischer in Berlin in 1886 and is today located in Frankfurt am Main. Fischer was the first to publish many now famous authors such as Franz Kafka, Arthur Schnitzler, Hugo von Hoffmannsthal, Franz Werfel, Alfred Döblin and Thomas Mann. The house focuses on literature, psychology and history. Contemporary authors writing in German include Julia Franck, Michael Lenz, Ingo Schulze, Marlene Streeruwitz, Christoph Ransmayr and Wolfgang Hilbig. The firm’s distinguished list also includes many leading international authors in translation. On the non-fiction list you will find authors such as Carolin Emcke, Florian Illies and Götz Aly.

Verlag Kiepenheuer & Witsch was founded in 1949 in Cologne and today is part of the Holtzbrinck Group. The publisher’s early authors include Joseph Roth, Heinrich Böll and Erich Maria Remarque. Today Kiepenheuer & Witsch continues to publish leading contemporary German, Austrian and Swiss writers, as well as international authors in translation. Its list includes Gabriel García Márquez and John Banville along with Katja Lange-Müller, Eva Menasse, Angelika Klüssendorf, Christian Kracht, Feridun Zaimoglu and Uwe Timm. Its non-fiction subjects cover sociology, psychology, history and biography. Galiani Berlin is an imprint under KiWi's roof. Established in 2009, Galiani publishes around six to eight books each season – a mixture of literature, classics and narrative non-fiction. The imprint is named after Ferdinando Galiani: a true genius who was interested in everything around him, innovative, unpredictable and never boring. This reflects Galiani’s path. Their list include authors such as Sven Regener, Jan Costin Wagner, Karen Duve, Peter Wawerzinek as well as the outstanding works by illustrator Kat Menschik.

Matthes & Seitz Berlin is an independent German publishing house founded in 2004. It publishes about 80 titles per year in fiction and non-fiction. Besides a focus on both French and Russian literature, its fiction list includes contemporary authors from Germany like Frank Witzel, Esther Kinsky, Angela Steidele, Philip Schönthaler, and Jakob Nolte. Non-fiction has always had a central place in MSB's program, especially philosophy, political theory, and art and cultural studies. Translations from the French and English play a large part, as do prominent German authors like Jürgen Goldstein. The series Fröhliche Wissenschaft (The Joyful Wisdom), with its short essays, is a prominent stage for presenting audacious new philosophers. Its authors, who include Byung-chul Han and Marcus Steinweg, have been translated into numerous languages. In 2013, Matthes & Seitz Berlin established a new cornerstone in its program with the series Naturkunden (Natural Sciences), which publishes books whose design matches nature's beauty, bringing nature, writing, movement, space, ecology, and humanity into focus.

DuMont Buchverlag was founded in 1956 in Cologne. Stressing the link between literature and art, the firm focuses on these subjects and also, more recently, on general non-fiction. On its fiction list you will find outstanding  national and international contemporary voices including Michel Houellebecq, Helmut Krausser, Judith Kuckart, Haruki Murakami, Charlotte Roche, Oliver Bottini, Annette Mingels and Dorothee Elmiger. The art list covers high quality illustrated books dealing with periods from the Renaissance up until today, monographs on single artists, such as Botticelli, Velazquez, Kokoschka, Max Ernst, Gerhard Richter and Neo Rauch, and overviews on (for instance) contemporary Chinese art, as well as design, photography and art theory.

DTV in Munich is one of the largest independent publishers in the German language and their titles are regularly guests on the top of the bestselling lists. dtv was originally founded in 1960 with the sole purpose of publishing paperback licences. Nowdays, 70% of the books stem from dtv’s own authors. 400 titles are published each year. The broad spectrum of dtv’s list presents international and German fiction, non-fiction and self-help as well as books for children. On dtv’s fiction list you will find bestselling authors such as Dora Heldt and Angelika Schrobsdorff, Christopher Kloeble and Stefan aus dem Siepen, as well as Konrad Lorenz and Marianne Koch on the non-fiction list to name only a very few. The dtv-Atlas series has been widely acclaimed for its unique way of highlighting the topics of each volume in separate units, combining vivid graphics and concise written explanation. The subject areas covered by the dtv-Atlas series range from history to natural sciences, architecture and music, philosophy and health. International licensors of dtv-Atlases are publishers such as Penguin, Livre de Poche and Garzanti.

dtv junior was founded in 1971. Its titles cover the complete range of genres, both translated and in German language and speak to all age groups. The publishing house has shown remarkable talent in combining upmarket quality that speaks to a broad audience. At dtv junior you will encounter authors such as Anu and Friedbert Stohner, Antje Szillat, Christian Linker, Axel Scheffler as well as children’s books by Uwe Timm.

Beltz & Gelberg in Weinheim is the children's book division of the Beltz Verlagsgruppe and was set up in 1971. It has offered a rich range of children's literature ever since. From the very start, the aim was to publish upmarket children’s books that would bring a modern education to children and their own experiences. Some of the artists and authors who joined that endeavour count among the genre’s classics today. Among them are Michael Ende, Janosch, Klaus Kordon, Erwin Moser and Axel Scheffler. You will also discover new talents such as Isabel Pin, Martin Baltscheit and the team of Labor Ateliergemeinschaft.

Klett Kinderbuchverlag in Leipzig was founded as a smaller branch of the Klett publishing house in Stuttgart. It became independent in 2015. Each season Klett publishes seven to ten new titles for children between the age of two and twelve and their grown-ups. The titles are best described as cheeky, unconventional and are challenging children to engage in different topics and everyday’s adventures. Next to super talented newcomers you will find established authors and illustrators such as Anke Kuhl, Katharina von der Gathen, Alexandra Maxeiner, Eva Muszynski, Anja Tuckermann, Moni Port and Philip Waechter on Klett’s list.

Baumhaus Verlag, Boje Verlag and the YA imprint one (Bastei Lübbe) offer strong children’s lists and and cover a multifaceted program for children between the age of two and sixteen. Richly illustrated picture books turn into read-aloud series, strong early reader titles and novels, thereby accompanying children through different stages of reading and attention skills right up to high school and beyond. Artists such as James Krüss have contributed to the profile of these lists on which you will also find names such as Günther Jakobs, Michael Engler, Klaus Baumgart, Sabine Städing along with the children’s books by bestseller authors Sarah Lark and Charlotte Link.